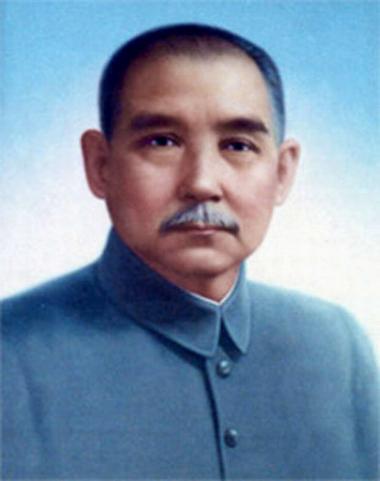 He also is ‘Iolani School's most famous alumnus, known as Tai Cheong or Tai Chu when he enrolled as a 13-year-old boarding student in 1879. He graduated from ‘Iolani in 1882. When he first came to Hawaii, Tai spoke no English. His teacher Solomon Meheula asked him to first observe classes for 10 days. But Tai was a fast learner. When he graduated from 'Iolani, he won an award in grammar, which was presented to him by King David Kalakaua. After ‘Iolani, he attended Punahou School for one semester in 1883 before returning to China. His travels eventually brought him back to Hawaii five more times.

The early years at ‘Iolani had an important influence on Dr. Sun. He has said that his ideas came from three main sources: "Chinese traditional culture, Western ideas, and his own thoughts; but that Western ideas prevailed."

"During his years at ‘Iolani and Punahou, he was exposed to Western culture, was strongly influenced by it, and in his young mind, the seeds of Western democracy were planted," according to the book Sun Yat-sen in Hawai‘i, Activities and Supporters.

While at ‘Iolani School, Dr. Sun met classmate Chung Kun Ai, who would become one of his lifelong friends and supporters.

Another one of Dr. Sun's trusted allies was Chang Chau, who attended ‘Iolani in the late 1870s.

In 2016, ‘Iolani School celebrated what would have been Sun Yat-sen's 150th birthday. Please enjoy the video on this page, featuring that occasion. 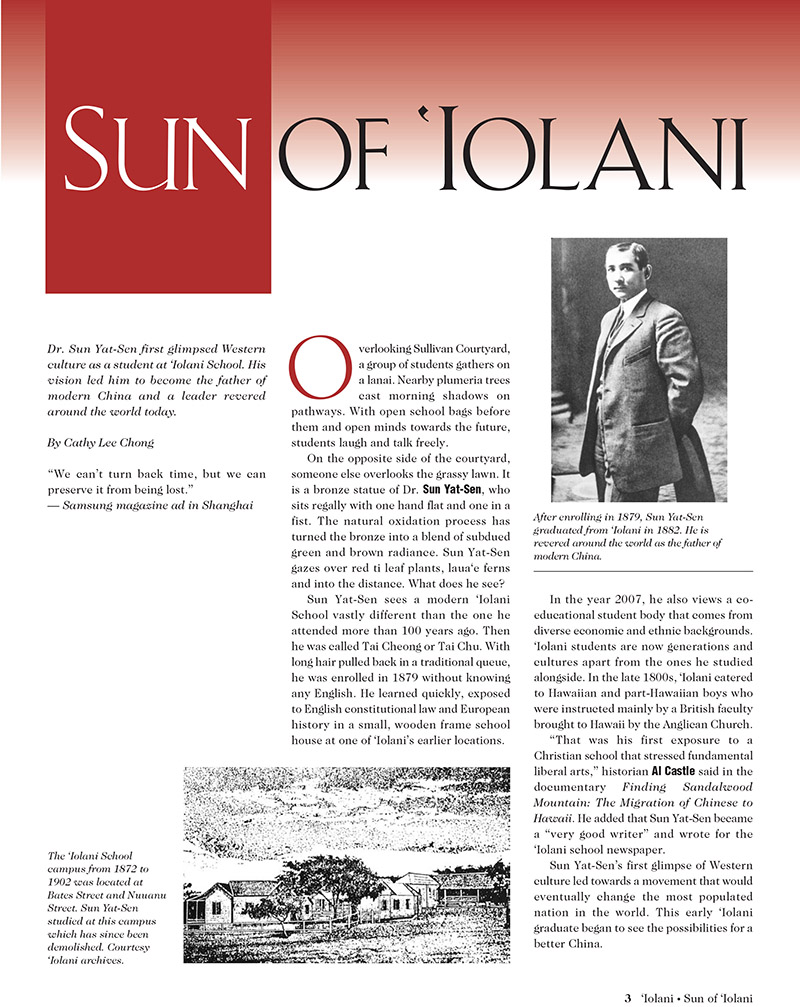