'Iolani School students gathered on the morning of Monday, Feb. 11, for Founders' Day Chapel, honoring the legacy of King Kamehameha IV and Queen Emma. The all-school service in the Lower Gym was held on the the first school day after the birthday of King Kamehameha IV, born Alexander ʻIolani Liholiho on Feb. 9, 1834. He was the ruling monarch of the Kingdom of Hawaiʻi from Jan. 11, 1855, until his death on Nov. 30, 1863, at the age of 29. Along with his wife, Queen Emma, Kamehameha IV was the royal patron who brought the Church of England to Hawaiʻi in 1862. Shortly thereafter, Anglican clergymen established the school that would later bear his name.

This year's mo'olelo (sharing of story) was given by Dr. Meri-Mika Morisada '83 and Mr. David Masunaga '75. They went back 40 years to 1979, when 88 girls entered the school, bringing coeducation to 'Iolani after 116 years as an all-boys school. Dr. Morisada was one of those history-making girls. Mr. Masunaga was in his first year as a teacher at his alma mater. 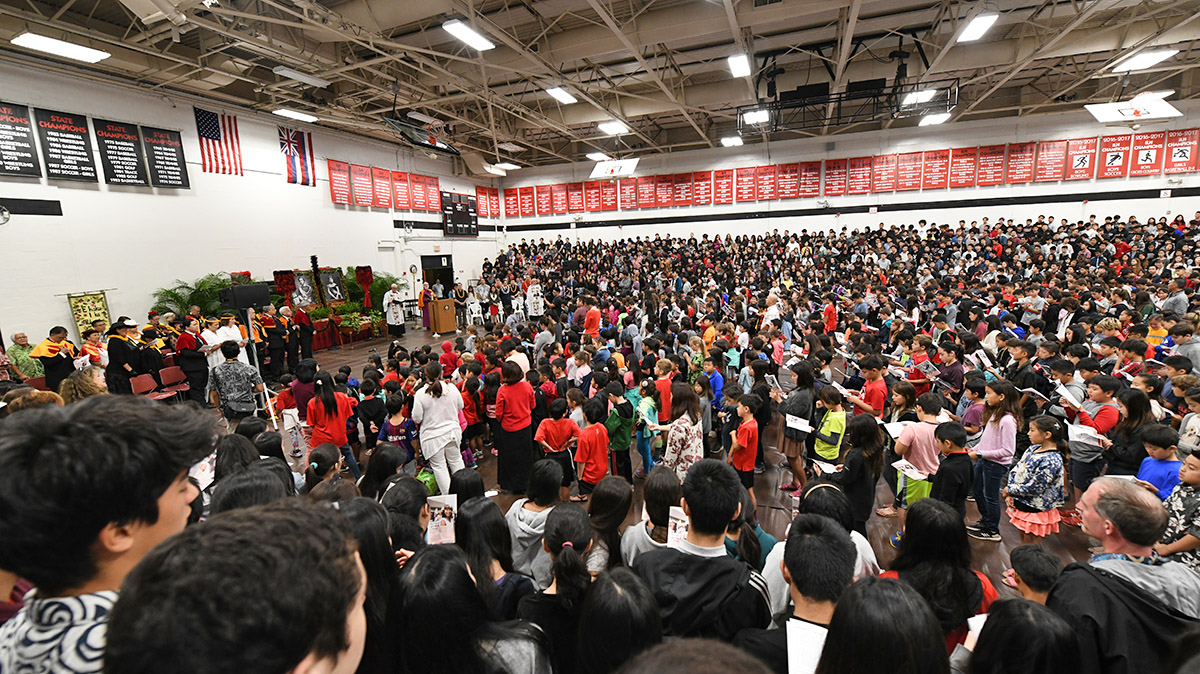 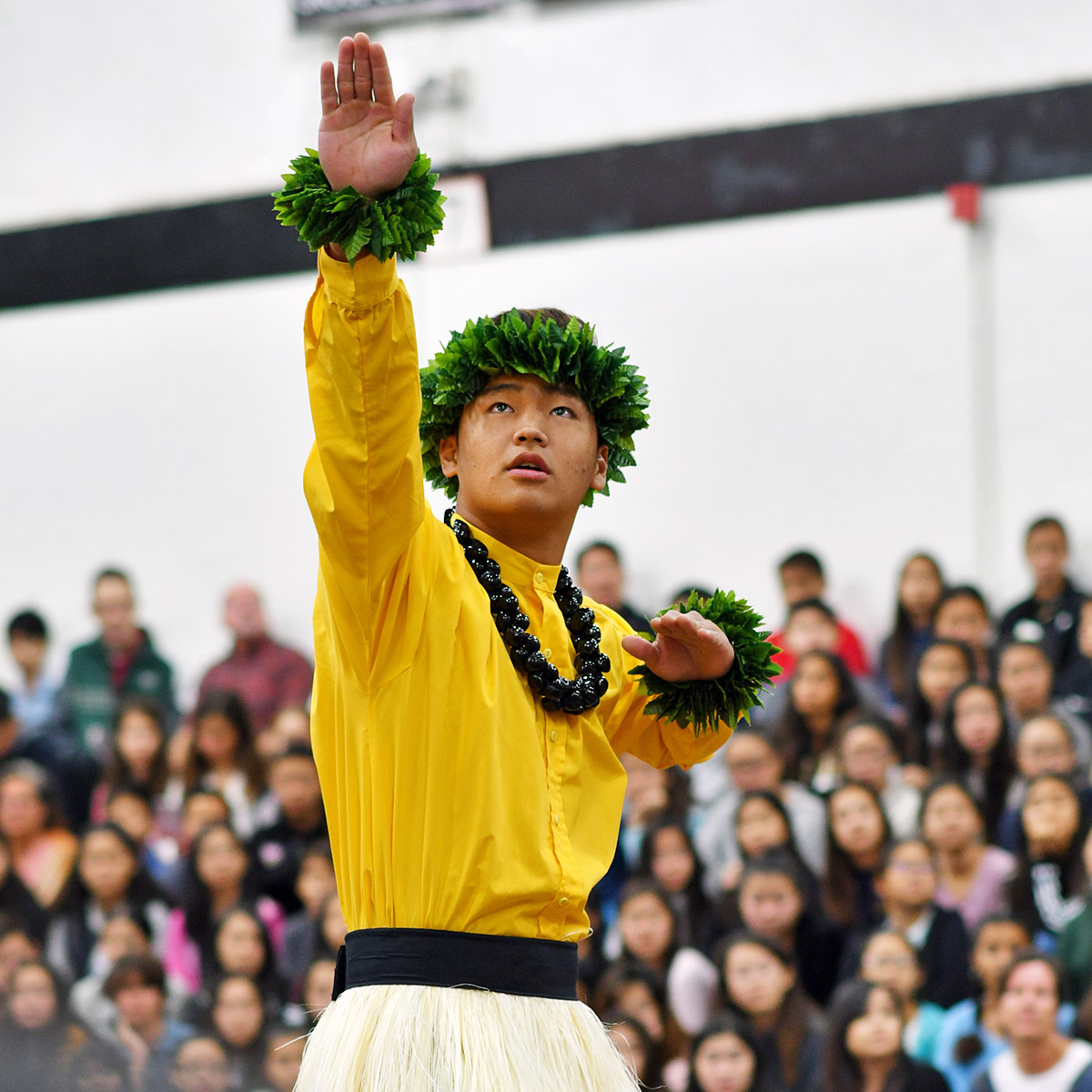 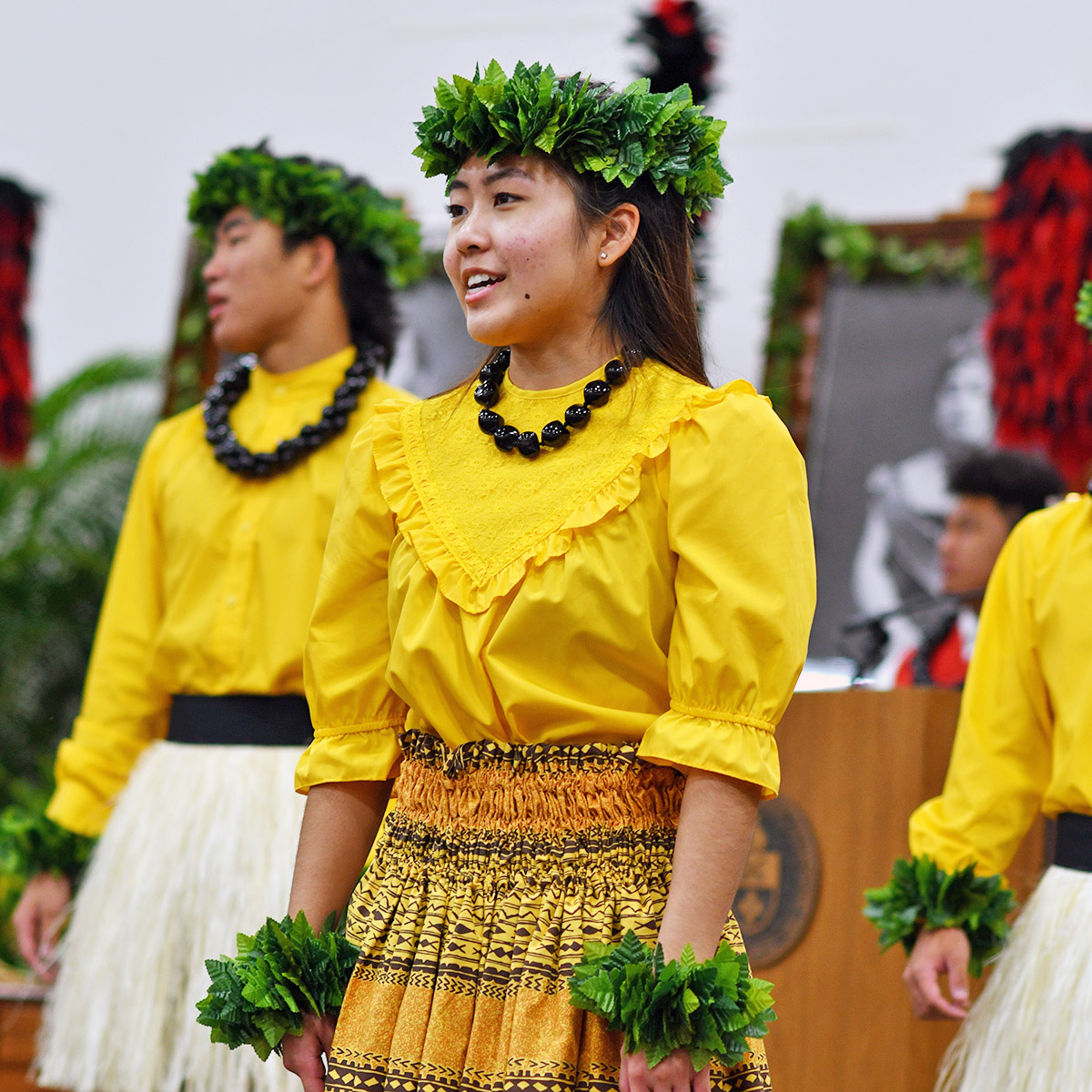 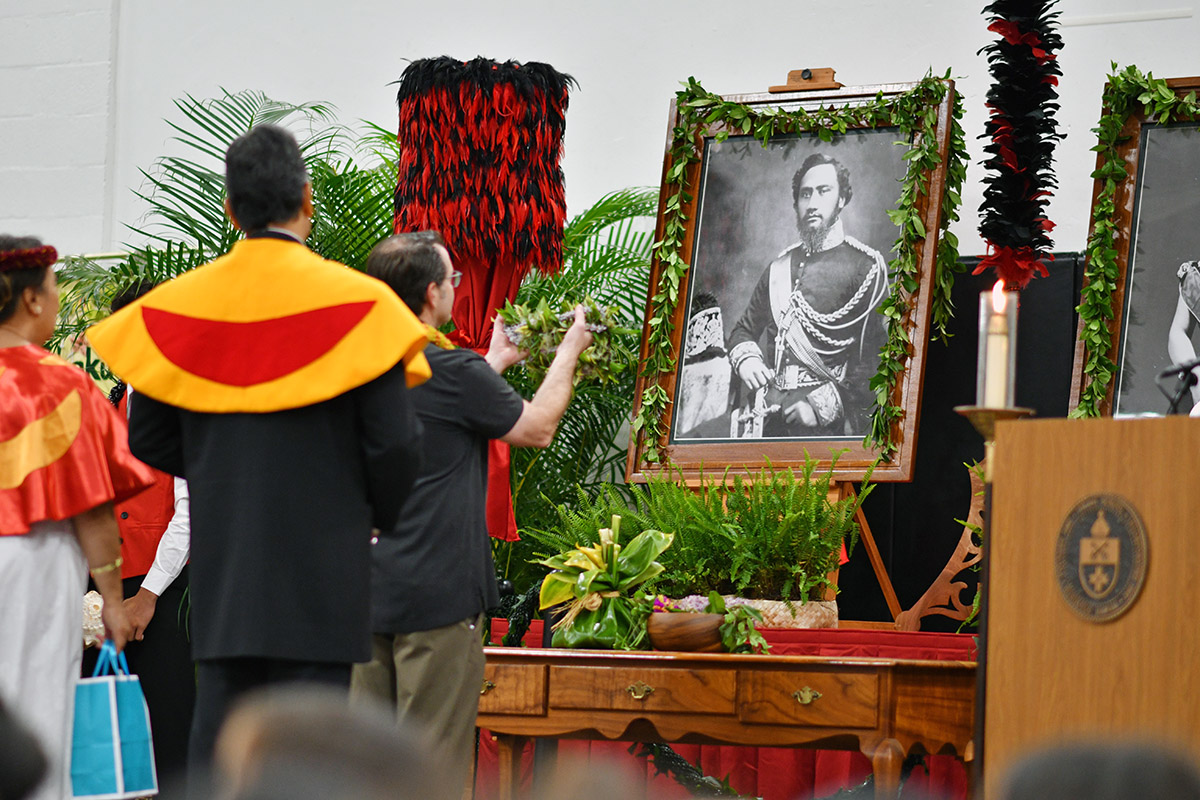