Established in 1982 in memory of the late Harold Keables, the Harold Keables Chair of English brings a distinguished writer and teacher to ‘Iolani School for two weeks every year to work with students and faculty across the curriculum.

The chair creates opportunities for ‘Iolani students at all levels to interact with established writers in small classroom settings to explore different facets of creative and non-fiction writing. The Chairholder also meets with faculty to share ideas on the craft of teaching and inspiration.

Additionally, in the tradition of ‘Iolani’s commitment to the Honolulu community, the Chairholder delivers a free evening lecture or reading.

Both the Keables Chair and the Keables Scholar programs are supported by the generous donations of hundreds of ‘Iolani faculty, students, staff, and ‘ohana to the Harold Keables Fund. 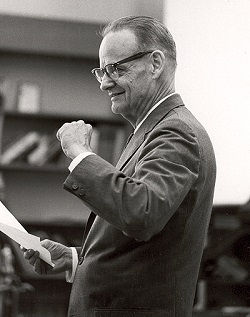 Harold Keables taught English at ‘Iolani from 1965 to 1980 after 30 years in the Denver public school system. He was named Life magazine Teacher of the Year in 1960 and died at age 82 in 1982. He touched students and faculty at ‘Iolani with his passion for learning and high standards for writing. He was dedicated to all of his students, not just the gifted or talented writers, but also the ones who initially struggled with words. Each Chair continues his legacy.

“I pay special tribute to Harold Keables, my AP English teacher,” said author Guy Kawasaki ’72 in a 2011 'Iolani School Bulletin article. “He taught me that the key to writing is editing.”

A true academician, Keables was also famous for his meticulous correction of student writing. He introduced to ‘Iolani a method common in colleges: he used codes to direct students to a grammar book. In 1998, the English department introduced its own book, named the Keables Guide, which was tailored to the needs of ‘Iolani students.

Keables never owned a car. He preferred to live within walking distance of the school so that he could walk to campus. He was passionate about supporting ‘Iolani. He would attend ‘Iolani sporting events wearing his formal coat and tie.

“Because he cared so much for what he was teaching, we cared too,” remembered Cyrus Won ’70, who took several of Keables’s English courses. “He was such a good teacher and so passionate about teaching us well. We didn’t want to let him down.” 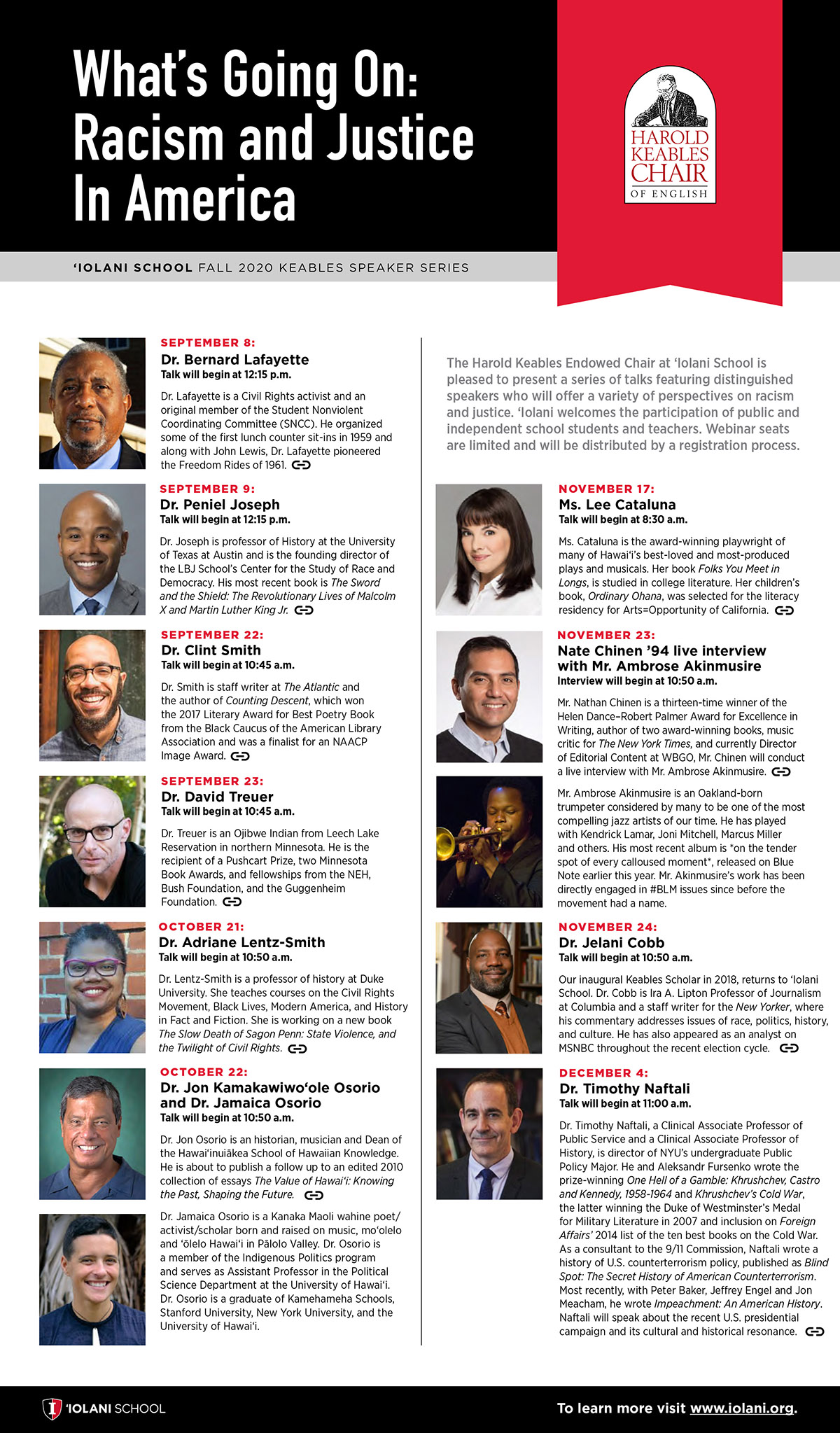 What’s Going On: Racism and Justice in America