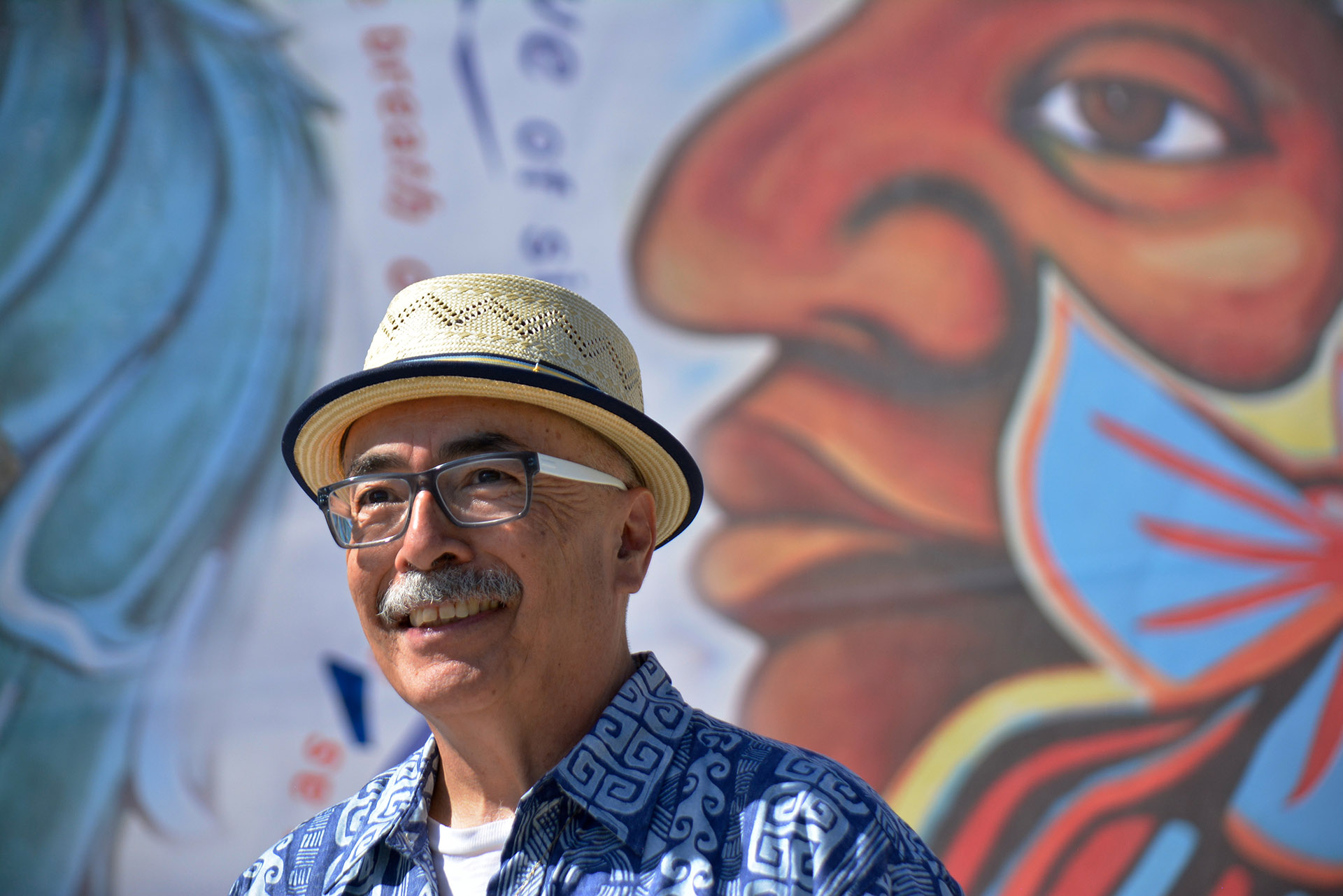 Elected to the highest distinction as a chancellor of the Academy of American Poets in 2011, Herrera now stands at the apex of his long career of stylistic experimentations, epic introspections, and constant innovations, thanks in great part to his deep sense of versatility and immediacy.

Many poets since the 1960s have dreamed of a new hybrid art, part oral, part written, part English, part something else: an art grounded in ethnic identity, fueled by collective pride, yet irreducibly individual too. Many poets have tried to create such an art: Herrera is one of the first to succeed.

The public is invited to hear and learn from him on Tuesday, Feb. 2, via an online webinar. The annual Keables Chair Community presentation is free and set to begin at 4 p.m. (HST). No registration is required.

Juan Felipe Herrera will begin his two-week Keables Chair residency at ‘Iolani on Monday, Jan. 25. In addition to speaking to Upper School students via Zoom during their chapel periods, he will guest teach a wide variety of classes in both the Upper and Lower Schools. Students at neighboring Ala Wai Elementary School will also take part in a Zoom session with him on Monday, Feb. 1.

The son of migrant farm workers, Herrera was educated at UCLA and Stanford University, and earned his MFA from the University of Iowa Writers’ Workshop.

In addition to publishing more than a dozen collections of poetry, he has written short stories, young adult novels, and children’s literature. Two of his most recent works for young people are Imagine and Jabberwalking, which were both published 2018.

In 2012, Herrera was named California's poet laureate, and United States poet laureate in 2015. He has won the Hungry Mind Award of Distinction, the Focal Award, two Latino Hall of Fame Poetry Awards, and a PEN West Poetry Award. Other honors include the UC Berkeley Regent’s Fellowship as well as fellowships from the National Endowment for the Arts, the Bread Loaf Writers’ Conference, and the Stanford Chicano Fellows.

His books for children and young adults have earned several awards, including Calling the Doves (2001), which won the Ezra Jack Keats Award, and Crashboomlove (1999), a novel-in-verse for young adults that won the Americas Award. His book Half The World in Light was a finalist for the National Book Critics Circle prize in 2009.