What is your favorite memory as a student at 'Iolani?

Getting the letter that I had been accepted as a Stone Scholar! It was amazing to be given that opportunity, and even as an entering ninth grader I was aware of how special it was.

Who was your most influential teacher at 'Iolani? Why?

Mr. Braden, my Algebra teacher. He was funny, whip smart, and pushed the right buttons in me. Used to have extra credit questions on math tests from classic novels; that prompted me to go out and read even more! He was special.

In what ways has your 'Iolani experience shaped your life after 'Iolani?

In the 10th grade Mr. Johnson began teaching the first computer class at 'Iolani. No one else was doing this at other schools, 'Iolani really led the way and it changed my life. We had to go and rent time on an IBM computer (that had less power than an Apple Watch has today) that was owned by the Hawaii Sugar Planters Association, and other than military computers was the most powerful on the island. We could only get time at night when they weren’t using it. I was “hooked” instantly. The thrill of creating new programs, debugging and hacking all night, was my training for college all nighters, and the best entrepreneurial training for my startup days of all night hackathons!

You've had a very distinguished and successful career - what has been your proudest accomplishment?

With my first startup, Silicon Graphics, we created 12,000 jobs at its peak. I was really proud of that. It was great building super cool computers that were the first machines to show complicated objects in motion in 3D. We got to do ultra cool movies like Jurassic Park, animate operations for real time robotic surgery, and help build the coolest planes and cars ever designed. But looking back I was proudest of all the great jobs, and super people, who went on to build companies like Netscape, Tivo, Shutterfly, WebMd, Nvidia and dozens more.

On the flip side, are there mistakes you've made that have had a positive effect on your career and life...how do you bounce back from disappointment?

I think how you handle your mistakes in life defines you. My personal mantra was “Own up, and move forward”. I never wanted to go back and point fingers, have pity parties, or hide. But start with one step in the right direction, and keep putting one foot in front of the other. Silicon Valley doesn’t punish failure, it acknowledges it as part of the creative process, and I loved that.

You made your mark in a field that is constantly innovating and evolving. What advice do you have for others on how to stay relevant as things around them evolve and change so quickly?

I know it’s cliché to say you have to embrace change, but the tech world is littered with companies that didn’t. Wang, CompuServe, DEC, CDC, etc., etc. So it’s important to keep your head up, go to conferences, shows, look for the latest technologies, analyze how long you think before they become real. Then divide by 2! Because they will happen sooner than you think. Cars driving themselves? Amazon delivering with drones? Hyper loop travel? People on Mars? Don’t laugh, believe!

As a leader, what values guide your decision making?

Passion (how do I really feel about the decision in my heart), Truth (am I doing the “right” thing for the “right” reasons, be honest with yourself), Fairness (I really believe personally that deals should be win win, not winners and losers).

Are there leaders out there today that you admire?

Who are they and why do you admire them? Reed Hastings (Netflix), a brilliant leader, yet gentle, cooperative, a great people person. Jeff Bezos (Amazon)--talk about stick to your guns--he had so many critics for years as he just kept investing more and more, and look where they are now. Amazon is a dominant force, and a good place.

What is the best thing about being a CEO? The worst thing?

The best part is when you can make decisions that create the opportunity for your company and employees to win! When you make a call on a product, and it’s right, the smiles on the teams faces when the sales and awards roll in are the biggest thrill. That you could help make that happen is the best reward. The worst thing is that it’s a super lonely job in the tough times. You have to keep your fears inside, to put on the brave face and keep the team going the right way when all you want to do is go and cry or scream, but you can’t. There are some tough, lonely nights. But don’t let that scare you because on the whole the positives far outweigh the negatives!

How do you want to be remembered?

As someone who was there for his family, his friends, and his team, wherever and whenever. 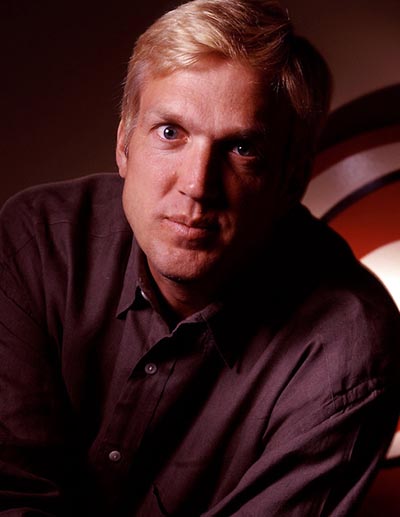 Thomas Jermoluk's journey from Stone Scholar at ‘Iolani Schol to a groundbreaking leader in the technology field has been remarkable. Perhaps best known as President of Silicon Graphics, a company he grew to more than 12,000 employees and $4 billion in revenue, Jermoluk led the creation of breakthrough 3D graphics that were used in CAD/CAM software, special effects for movies like Jurassic Park, and medical imaging. Following Silicon Graphics, he started At Home Network, a pioneer in creating Broadband cable modems that were eventually used in more than 87 million homes across America.

Jermoluk is now in involved in venture capital projects in the technology sector, including the funding of companies like Mic.com, Ibotta.com, and Commandscape. He also helped to start and served on the Board of Directors for well-known companies like Shutterfly, WedMD, and MyCFO.