This signup is for "Season One" workouts for 7th and 8th graders, as well as any 9th-12th graders who have not previously signed up this school year.

Click this link to sign up for the "Season One" sports listed on the online form (bowling, cross country, tennis, basketball, diving, soccer, swimming, wrestling, cheerleading and canoe paddling). The signups will remain open through Sunday, Jan. 10, for the sports listed.

After signups have concluded, the sport program head coach will reach out with more information.

We Are One Team

‘Iolani's "One Team" concept originated with the legendary Father Kenneth A. Bray, who was the school's football, basketball and baseball coach from 1932 to 1953.

He established a tradition for modesty, sportsmanship and unity in athletics that was carried on by Edward K. Hamada '46 and is still practiced today.

Playing sports at ‘Iolani isn't about winning or losing. It's about school pride and the experience gained from being a part of 'One Team.'

In 2018-19, ‘Iolani sponsored 107 teams at the intermediate, junior varsity and varsity levels, which participated in more than 1,077 competitive events. Slightly less than a third of the events (327) occurred on campus.

The school is a member of the Interscholastic League of Honolulu and the Hawai'i High School Athletic Association. 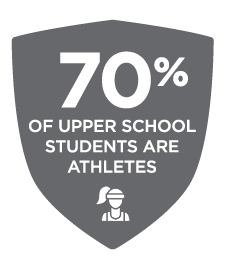 Athletic participation has been consistently high at ‘Iolani. During the 2018-19 school year, 73 percent of Upper School students (1,023) participated in at least one sport, and 35 percent participated in more than one.

Participation was 78 percent among boys (561) and 69 percent among girls (472). When all the one, two, three and four-sport athletes are counted for every sport in which they participated at the intermediate, junior varsity and varsity levels, ‘Iolani sponsored the competition of 1,693 athletes during the 2018-19 school year.

Dedicated coaches make the athletic experience a time of learning and growth for all students.